Race Today was a collective focused on uplifting Black communities, showcasing our narratives and pushing back against racist institutions and interpersonal racism in the UK . The collective produced  a journal  of the same name, where they platformed art, culture, and gave a voice to Black communities in the UK and the rest of the world. In this piece, I explore the importance of community solidarity through the work of the race today collective

The beauty of history is its duality. It may serve as a sobering warning for some, and a gentle guide for others. In the case of Black communities in the United Kingdom, it is not only an inspiring guide showcasing  their strength and persistence, but a testament of the power of union and campaigning. The Race Today Collective is an example of this testament. It was bi-monthly (and at a time, monthly) journal and political collective that was centred around the plight of Black people and Black liberation. Race Today was an example of just how radical anti-racist press can help to bring long-lasting social change. In this, I will explore what we can learn from Race Today, for I believe that history holds impactful lessons hidden between dynamic timelines and striking dates.

The Origins of Race Today

Created in 1969, it was originally a publication produced by the Institute of Race Relations (IRR) in Britain. At the time of its debut until 1972, the journal was considerably more academic and neutral in terms of its attitude to racism in Britain. It was far from the radical, anti-racist journal and collective we know it as today. The switch from neutral to definitive and radical was no accident. In 1972, an internal coup in the institute was led by Ambalavaner Sivanandan, a British Sri-Lankan novelist and activist. It was a radical signal of the direction the publication was going to turn and was followed by a snowball of change. First, was a new editor. The appointment of Darcus Howe on 6th November 1973, a prominent Black radical activist and former British Black Panther Party member, allowed the journal to go in this new radical direction. Although editorship would later go to his wife Leila Hassan, Howe’s impact will always be remembered.

Darcus Howe, activist and editor of Race Today journal from 1972-1985. Photo from Shades of Noir.

With Howe’s extensive knowledge on global Black Liberation, in addition to his experience in media, political organisation, and mobilisation he was able to drive the journal  to centre and uplift the voice of Black working class communities. Gone was the neutral stance on racism, and removed was alienating diction. Instead, we saw greater accessibility and definitive stances – Race Today was now staunchly anti-racist, and in solidarity with all those who were fighting to be liberated from exploitation, colonialism, and racism. It was a group, and a publication dedicated to this. It included Darcus Howe, activist Linton Kwesi Johnston, poet Farukh Dondy, amongst others. Darcus Howe even moved the office of the journal from its institutional office in Kings Cross, London, to Brixton during the years of his tenure. The act of moving the place of operation for the journal from an institutional building to a place which was very much, at the time, seen as the hub of the Black community in London was a powerful act on its own. The presence of the Collective in Brixton symbolised a dedication to the Black community. It is for this reason why one of the first lessons we can take away from the Collective is the importance of community.

The Power of Community

To be in community, we speak of the sentiment of togetherness because we share identities, similar or identical experiences, and more. Race Today was devoted to community and celebrated it in many forms, one being culture. Culture unifies the people and is one of the first instances that we, as humans, are able to feel a sense of belonging. The Collective understood that culture was a vital element of liberation movements. It’s for this reason that the journal used its platform to celebrate Black art, literature, music and sports during its operation. It displayed works from major Black icons, such as Toni Morrison, Grace Nihcols, and James Baldwin on expression and Black identity, and incorporated the ideals of Marxist historian and Pan-Africanist C.L.R. James. The Collective also organised cultural events such as book fairs, and with support from local musicians in Ladbroke Grove they also formed a masquerade band known as the Race Today Mangrove Renegade Band which performed at the Notting Hill Carnival. The Collective continuously campaigned for the Notting Hill Carnival and defended its cultural significance. To be in community is also to support one another in endeavours that benefit the community as a whole, and offer solace. For Black communities, community was one of the only forms of support many people had due to the racism and xenophobia they faced from those in their places of work, schools, and neighbourhoods. For Black people, community ranged from financial support, childcare, and other types of mutual aid. In community, we uplift each other and amplify our voices – this was an aim evident in the Race Today journal. Press and media devoted to the fight against racism capturing the essence of community and doing the aforementioned is what we should mirror today. 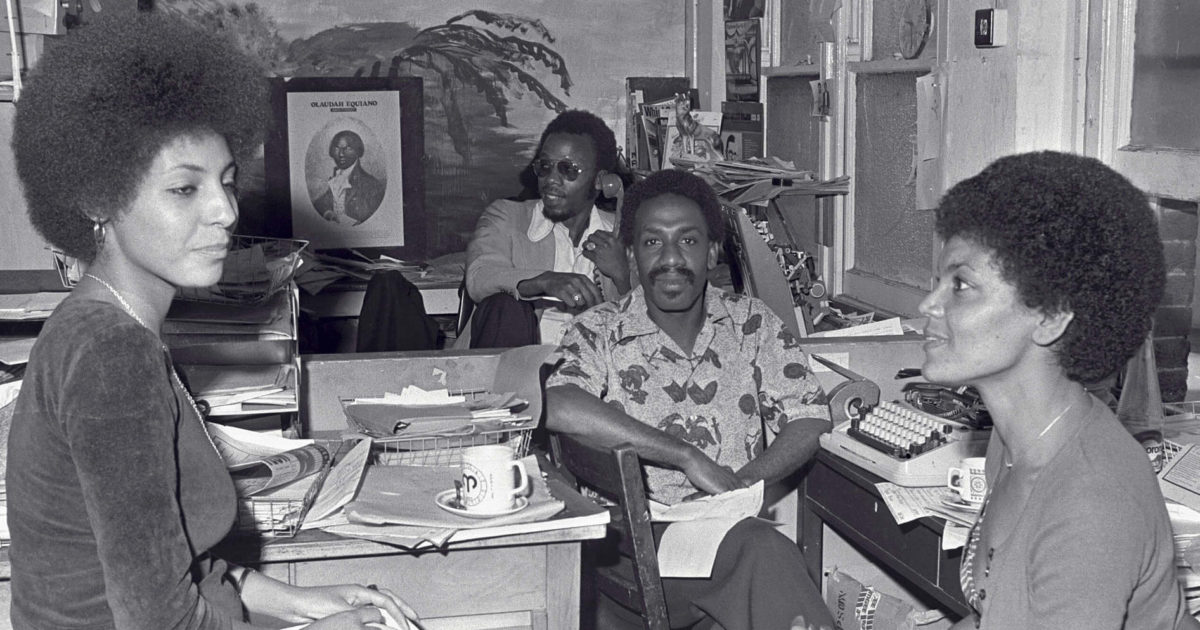 The Importance of Solidarity

The Collective understood that liberation and equity were global needs. The international coverage in the journal helped to paint this picture. Topics touched upon transcended borders and showed the extent of solidarity the Collective extended to the exploitation and dehumanisation of Black communities and the effects of colonialism. It’s for this reason that, alongside accounts of Black people in the UK being harrassed by the state, there were extensive discussions about the struggles of workers and citizens in the Global South. Race Today analysed the links between anti-colonial liberation movements, class struggles, and the need to rally behind organisations such as theirs at that time. Race Today was committed to challenging racist institutions and exposing the very real horrors of racism, police brutality and xenophobia, amongst others. It is important to note that though centred on Black people, the Collective was committed to anti-racism in general and often showed support for issues in Asian communities within the UK.

By utilising aspects of intersectional politics, the Collective were able to relate the experiences of Black people in Britain with other socio-economic categories which contributed to the mistreatment of black people by the state. For example, the Marxist ideals of class as well as racism, created unique experiences for Black working class individuals, who frequently had their voices amplified by the journal, with accounts detailing their experiences. A famous example of this was their 1974 interview with Black nurses and healthcare workers following the first nursing strike in the UK. The Journal displayed how the intersection of race, class and gender increased discrimination for Black nurses. The Collective had effectively created a medium for individuals to be heard and relay their realities. Race Today was also committed to uplifting grassroots campaigns that aligned with them, such as campaigning for the Brockwell Park Three – three Black men who were victims of violence at a fireworks display. Although based in London, Race Today maintained links with groups similar to theirs around the UK, such as the Bradford Black Collective and created networks in Ireland. Solidarity is necessary in the fight for racial equity.

Some covers of Race Today journal. Photo from: Commune journal.

Race Today was a publication centred on the plight of Black communities that was birthed during a period of global anti-colonial liberation movements, persistent calls for change, and the emergence of strength in racial identity.  As mentioned earlier, history holds lessons in its chapters. It sometimes is a graceful and generous teacher. I believe Race Today is one of history’s more gracious lessons. The Race Today Collective is a clear example of just how vital the role of community-led and community-focused media is in the long fight for racial justice and equity. From their operation, we were able to glean several lessons; the power of community, and the importance of solidarity. This can be seen in their dedication to uplifting voices in Black communities through platforming Black art and forms of expression, their platforming the accounts of Black workers, their campaigns against institutions and their racist actions, and more. Once we commit to holding the values of community and solidarity, they will be reflected in our media, and will allow us to take further steps to racial equity.

To learn more about the Race Today collective, visit The Working Class Movement Library and have a look at the news article from London News Online outlining the work The Collective did.

One thought on “The Race Today Collective: Why Press and Media are Vital in the Fight for Racial Equity”