By the Grounded Project Team

Acrylic nails were invented in 1954, by a dentist called Fred Slack. After breaking his fingernail at work, he used dental products to create a replacement, later going on to create an acrylic nail company with his brother called Patti Nails. Although Fred Slack was a white man and acrylic nails as we know them today are not a Black invention, Black women have popularised creative and self- expressive nails since the 1980’s. Unfortunately, the shadows of cultural appropriation have cast shade and erased Black women from the picture. In 1988, Florence Griffith- Joiner (commonly known as Flo Jo) broke the record for the fastest woman at the Olympics- a record that still holds value till this day. However there seemed to be more focus on her colourful and well adorned nails that she decided to rock on the track. She had previously been a nail technician before becoming a runner – her nails were a form of homage to the hustle that had gotten her to where she was. News reports made it clear that her fingernails were of more importance and deserving of more attention than the medals she earned. She was completely othered because of her aesthetic choices, with Lynchburg College Sport Management Professor Lindsay Pieper observing that ‘Because she preferred long, colourful nails, the runner was depicted as abnormal, deviant, and different’’. Generally, she was also over sexualised (a practice imposed on Black women far too often) and depicted as an attention seeker as if her running skills were not enough to gain the spotlight.

This is nothing new and still carries on presently. As long as respectability politics are thrust on Black women, alongside the intense scrutiny if we deviate from this, the policing of our appearance will always take priority over our achievements. Not only this, but styles we created the blueprint for are rarely recognised as ours. Kim Kardashian made headlines four years ago for sporting pierced nails, and the article insinuated it was innovative by claiming that she had ‘taken the game to the next level’’. 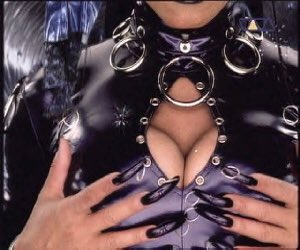 However, Janet Jackson set this trend for Black women in the 80’s, when she wore a ring in each acrylic nail on set for her video ‘’What’s It Gonna Be’’.

Racism, misogynoir and classism all contribute to the idea that stand – out styles of nails are ‘ghetto’ on Black women, yet edgy when white women wear them. There is a glaringly obvious double standard, and a stereotypical notion that Black women who wear long acrylic nails have a low income status. Not only is this claim unsubstantiated, but it is ironic considering that long nails were seen as symbolic of belonging to a high class in Ancient Egypt, with women in this period wearing extensions made out of ivory and bone, painting them red to reiterate their elevated position in society. 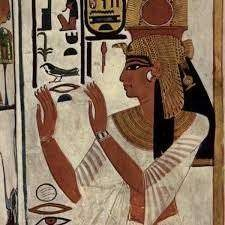 Cultural appropriation is the adoption of customs, practices or ideas of one group of society from another. This adoption is usually practiced by dominant members of society and it is always done without acknowledgement or understanding of how these customs, practices or ideas originated. We see it time after time, with styles such as laying edges, cornrows and box braids being snatched from Black culture and thrust into the mainstream, leaving those who not only created those styles, but were criticised for them, in the dust. A definitive and honest conversation about how deeply embedded white supremacy is into the beauty industry needs to be had if any changes are to be made, and for Black women to be given the flowers they deserve that are well overdue.

“..if it seems the culture you’re appreciating doesn’t appreciate your appreciation, it’s probably time to think things through again.”