Black hair was and still is used as a tool for resistance.

Hair is a significant part to each individual’s appearance, however Black hair goes beyond appearance and looks. Black hair has a uniquely meaningful history as a symbol of survival, resistance and celebration. It has been wielded as a tool of oppression and also one of empowerment—and our society’s perceptions of Black hair still affects how Black people are treated today.

In pre-colonial African societies, Black hair was seen as a symbol of a person’s identity. Popular styles like braids, twists and dreadlocks were used to symbolise a person’s tribe, social status and family background. During the Transatlantic slave trade, slave owners forcibly transported people from West Africa to colonies in modern-day Brazil and throughout the Americas, some African women, namely rice farmers, braided rice seeds into their hair as a means for survival of themselves and the culture of their homeland. Enslaved Africans also used cornrows to transfer and create maps to leave plantations and the home of their captors. Black hair was used as a tool for resistance.

Type 3 and 4 are the usual hair texture types for Black people. Black people who have Type 3 hair has S shaped bouncy curls that are well defined, dry and slightly rough. As Black hair is very complex, Type 3 and Type 4 hair have their own subtypes ; 3a, 3b and 3c. 3a curls are springy and have a definite S shape. This hair type can be straightened easily and is normally shiny and not too dry. 3b hair ranges from springy ringlets to tightly wounded and convoluted corkscrews. It has a lot of frizz that can be reduced by regular oiling using olive or coconut oil. Lastly, 3c hair is best described by wiry, coarse and frizzy corkscrews that are quite hard to untangle and sometimes difficult to straighten. However, by using excellent quality hair products containing organic ingredients like coconut milk, soy protein and Shea butter, you can maintain the health of type 3c hair.

Type 4 hair is generally known as kinky hair which again can be categorised into three subtypes: 4a, 4b and 4c. 4a hair is extremely coiled and shows an S-shaped pattern. This hair type can range from being wiry and frizzy to smooth and fine-textured. The 4b hair type displays a Z-shaped pattern. This hair type has tightly wounded corkscrews that are short, springy, and quite coarse too. They have lesser moisture compared to type 4a. Type 4 hair is also referred to as kinky, or coarse hair and is characterised by its tight, dense texture and natural lift. The volume that comes with type 4 hair is caused by its unique curl pattern. Every Black person has a unique hair texture!

For a long period of time Black hair has been condemned rather than celebrated. Slave owners would shave off Black people’s hair, in an attempt to erase their identities. Slaves were forced to hide their hair throughout the week and were only given the luxury to show their hair on Sundays.

In the 1950s, it wasn’t uncommon to meet a Black woman with chemically-straightened hair in the United States and Britain, as this was what was socially-acceptable at the time. Black hair was not celebrated and it was seen as ‘easier’ to maintain than natural hair. Relaxers and other chemicals were more readily available than products for natural hair.

Racist oppression led Black people to believe their hair is ‘bad’, whilst ‘good’ hair is slinky, smooth, straight. In other words, caucasian! Black hair is beautiful and bold. It represents strength.

Black Hair Styles continue to evolve. Admired hairstyles such as braids, dreadlocks, cornrows and bantu knots didn’t just appear from nowhere, in fact these hairstyles date back to our African ancestors. Dreadlocks have a long history in Africa. Victoria Sherrow, the author of the Encyclopedia of Hair, A Cultural History, named the priests of the Ethiopian Coptic Orthodox Church as some of the first people to have sported dreadlocks in Africa, as early as 500 BCE.

The origin of braids can be traced back 5000 years in African culture to 3500 BC—they were very popular among women. Braids are not just a style; this craft is a form of art. The popular cornrow hairstyle which now comes in variations, dated as far back as 3000 B.C., particularly in the Horn and West coasts of Africa. In the early 1500s, the style was used as a communication medium amongst various African societies that were later forced to migrate to the Americas as slaves, where their customs followed. Bantu knots can be traced back to the 2nd millennium BCE through 1500 CE to what at the time was the Bantu speaking community that originated from Southern West Africa and spread out through Central, Eastern & Southern Africa during the Bantu migration.

As mentioned previously, Black hair can be associated with many negative connotations deep rooted in racism and westernised oppression. However it is ironic how Black hairstyles have been stolen and culturally appropriated; we now see cornrows, braids and other hairstyles worn by caucasion celebrities. Many may argue it is ‘just a hairstyle’ or make the ridiculous comparison of Black women wearing weaves and wigs. Black people use extensions, weaves and wigs as protective hairstyles. Non-Black people sport Black hairstyles because it is a current trend, they don’t understand the history or the significance of Black hair. Take Kim Kardshian for example, in 2018 she posted a picture in Fulani braids and the world credited her and named them ‘Kim K Braids’, when responding to the backlash Kim K stated ‘It’s just a hairstyle’.

Fulani Braids is not just a ‘hairstyle, Fulani or feed-in braids originate from the Fulani (Fula) people in West Africa and the Sahel region. The large, nomadic community passed on the traditional hairstyle through generations of women. Known for its length and unique patterns, this style features braids that hang or loop on the sides of the head.

– Twists are a simple protective hairstyle worn by Black men. 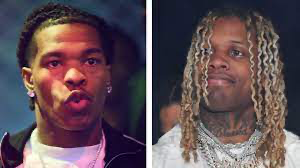 Dreadlocks also known as ‘dreads’ or locs is a staple Black man hairstyle. Made popular by the Jamaican Reggae artists, the hairstyle is also widely worn by many Black rappers, athletes and socialites in the US & UK. They can be versatile in so many ways; they can be long or short; you can colour them to your own preference and style them in different ways.  Those who belong the Rastafari faith also believe that dreadlocks are a way to keep themselves in a pure state of nature as God intended.

A curly hightop is a haircut which is cut low on both sides of the hair and curly hair is left in the centre of the head. This hairstyle dates back to the 80s when Jheri Curls were popular in the black community. To achieve this look you can use your natural curls, a curly/jheri perm or a special sponge found in local hair shops.

Afro-Caribbean hair is delicate and tends to be very dry. As a result, special care needs to be taken to ensure its health and vitality. These are BLAM’s top tips for both women and men;

Your hair is your crown, be proud of it!